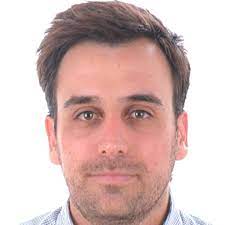 A new analysis shows patients with inflammatory bowel disease (IBD) utilize health care services, including emergency departments and specialists, more in the years prior to the IBD becoming symptomatic.

A team, led by Iago Rodriguez-Lago, Gastroenterology Department, Hospital Universitario de Galdakao, Biocruces Bizkaia Health Research Institute, Deusto University, determined whether patients with an incident diagnosis of either ulcerative colitis or Crohn’s disease showed an increase in healthcare utilization in the years prior to the symptomatic onset of IBD symptoms.

In the past, investigators found the inflammatory process underling IBD starts years prior to an official diagnosis of either Crohn’s disease or ulcerative colitis.

“The potential impact on the prognosis by reducing the diagnostic delay has increased the interest on the preclinical period, a phase where significant advances have been already made in other immune-mediated diseases,” the authors wrote. “Colorectal cancer screening programs have posed the opportunity to perform a high number of endoscopic examinations on otherwise asymptomatic subjects, with recent reports describing case series where subclinical endoscopic inflammatory findings can be identified and associated with the later onset of symptoms after several months to years.”

In the multicenter, retrospective, hospital-based, case-control study, the investigators examined 124 patients with a diagnosis of ulcerative colitis or Crohn’s disease during the colorectal cancer screening program at 9 hospitals. The study population included 87 patients with ulcerative colitis, 30 individuals with Crohn’s disease, and 7 participants with unclassified IBD.

They then matched the patients in a 1:3 ratio and compared separately with a pair of control populations—health non-IBD subjects adjusted by gender, age, and date and patients with IBD with symptomatic onset. Participants in the first control cohort were excluded if they had visits to a gastroenterologist.

On the other hand, patients with a symptomatic onset had fewer primary care visits, but an increase in visits to the emergency department, specialist care, sick-leaves, CT/ultrasound examinations, and the use of antibiotics or systemic steroids.

“There is an increased need for medical assistance and use of systemic steroids during the presymptomatic phase of IBD,” the authors wrote. “These results will help in establishing new tools for early identification of IBD in the future.”