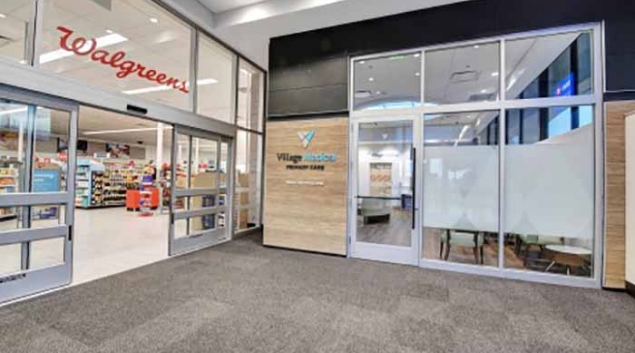 VillageMD’s recent $8.9 billion acquisition of Summit Health-CityMD is the latest chapter in the retailization of healthcare, according to Paul Schuhmacher, a managing director in the healthcare practice of consulting firm AArete. The investment came from Walgreens Boots Alliance and Evernorth, the health services subsidiary of Cigna.

Schuhmacher said the deal is a big investment and a significant opportunity for the drugstore chain to capture some of the revenue that would usually go to traditional provider groups.

“More broadly, I think we’ll see more ‘retailization’ of healthcare, maybe not as much in 2023 as interest rates go up and investments slow in a lot of organizations,” Schumacher said, “but in the long run, it will pick up.”

If retailers see the model working, they will continue to dive in deeper. The challenge is these commoditized services have smaller margins, he said. They’re not making nearly as much money as they do on the retail side, but their goal is to get to a very broad line of business, diversify revenues and pick up same-store sales.

“They’re running into each other and competing more with providers,” Schumacher said. “Right now, they see the revenue opportunity.”

For this to work for retail, the health offerings need to be simple, Schuhmacher said. Retailers need to focus on services and processes that can be streamlined and easily repeatable and standardized across the board.

It’s a fast-food model that offers consumers convenience and accessibility. Retailers already have a customer service focus. And Amazon offers that Amazon experience.

But there’s also a learning curve to healthcare and its low operating margins.

In 2019, Walgreens Boots Alliance scaled back its walk-in clinic business to cut costs, according to The Wall Street Journal. It was looking to bring in outside providers to deliver medical services in stores. The Deerfield, Ill., drugstore chain said it would close the roughly 160 in-store health clinics the company runs itself in the United States, while keeping 220 clinics that are run by local health systems, the report said.

CVS Health in 2021 announced plans to close 900 stores nationwide over three years to restructure itself to offer more health services in the remaining locations.

Hospitals and physician practices are seeing direct competition from CVS, Amazon, Walmart and others that are investing heavily in different ways, Schuhmacher said.

“I wouldn’t say they’re very concerned at this point,” Schumacher said. “Some providers are concerned.”

These businesses continue to make inroads into traditional primary care and through digital service offerings.

In October 2021, Walgreens announced the Walgreens Health platform to offer care in-store, at home, in the doctor’s office or via mobile app.

In October, Walmart said it was planning the expansion of 16 clinics in Florida in 2023, to include primary care, labs, X-ray and EKG, behavioral health, dental and community health, with services to vary by location.

In July, Amazon announced it would acquire primary care company One Medical for $3.9 billion.

“We think healthcare is high on the list of experiences that need reinvention,” Neil Lindsay, SVP of Amazon Health Services, said in a statement at the time.

Big pharmacy companies and others have also expanded their care models to include home care as baby boomers age the nation’s demographic. Starting in 2030, when all boomers will be older than 65, senior Americans will make up 21% of the population, up from close to 17% today, according to the U.S. Census.

In 2021, Walgreens Boots Alliance completed its majority share acquisition of CareCentrix, a home-centered platform that coordinates care to the home for health plans, patients and providers.