Maybe you’ve never seen the Engineering Services team, but you’ve definitely seen their work. Area mechanic Mike Snow is a prime example of how we all play a part in putting patients first, no matter your role.

“You work here for the patients, plain and simple,” Snow says. “I just put on a smile and do what I can to help them.”

He serves all parts of the hospital on main campus, from fixing broken lights in a hallway to various parts of an operating room (OR). 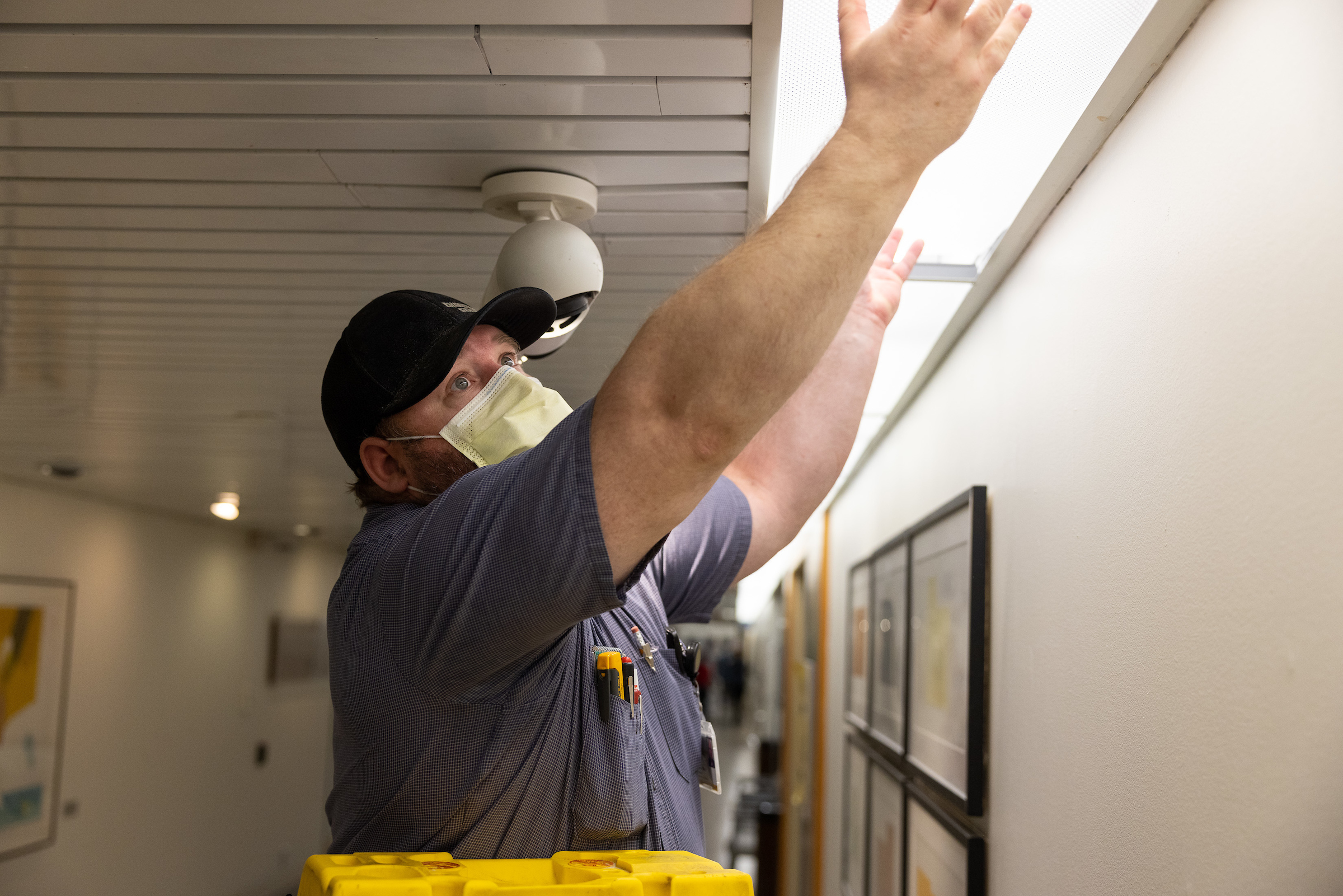 From a fallen light cover to a leak sink, Mike Snow maintains almost all areas of UI Hospitals & Clinics.

In the OR, the Engineering Services team is responsible for plumbing issues, broken door locks, flickering lights, and more.

“Pretty much anything you can see or touch, we’re responsible for,” Snow says.

Although a sizable portion of Snow’s work involves reacting to an issue, he also knows that fixing a problem quickly and correctly can stop further issues from ever occurring. He says some of his knowledge of how to be proactive comes from experience, but even after almost 16 years with UI Health Care, he still follows a checklist to make sure the job’s done right.

Preventing such a debilitating problem brings Snow a sense of pride in his work, although, maybe not as much as when he’s able to directly help a patient.

“I worry about that”

Snow says there are plenty of instances where area mechanics will be called to a patient’s room for a maintenance issue. Maybe the tv is broken or a light needs replaced, but whatever the issue may be, he always tries to put himself in their shoes.

“Every room I go into, I imagine myself in the patient’s shoes, and I consider how I’d want to be treated,” Snow says.

His outlook is always focused on the patients, wanting them to devote their energy to recovery and healing—a mindset that particularly stood out in a recent maintenance request.

Snow was called to a patient’s room for a broken toilet paper dispenser. While he was there, the patient pointed out that a light fixture wasn’t working properly. 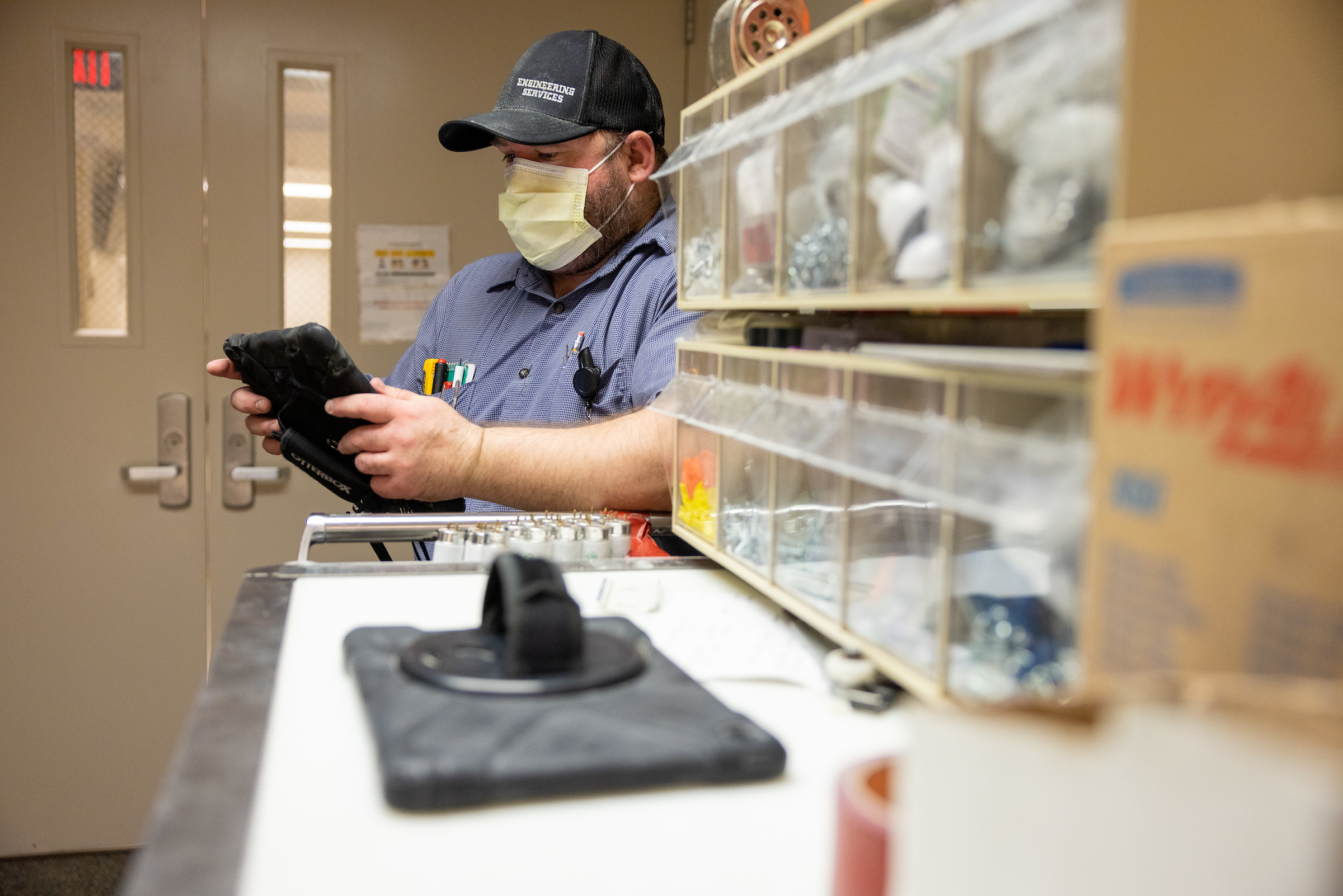 “Pretty much anything you can see or touch, we’re responsible for,” Mike Snow says.

Snow aims to bring the same sort of support to faculty and staff by using his expertise in creative ways. Recently, Snow took it upon himself to fix a piece of art that broke when a provider was moving offices.

“I was the one messing with it, so fixed it with some epoxy stuff that will never break. Then, I hung it up and made it seamless so you can’t see where the break was,” Snow says.

It seemed so simple to Snow, but it made such an impact to the faculty member. In stressful times, it’s the little things that make a difference and that’s the type of mindset Snow holds.

“I come to work every day knowing that I’ll leave having made someone’s life a little easier,” Snow says.